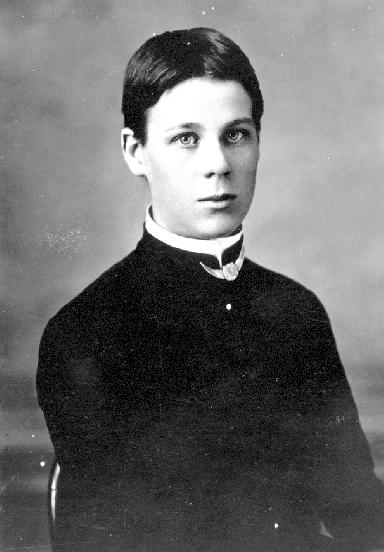 1863-1912
Agnes Cameron was born in Victoria on December 20, 1863 to Duncan Cameron and Jessie Anderson. During her lifetime Agnes was an educator, writer, activist and adventurer. At age 16 Agnes qualified as a school teacher. Following her first jobs in Comox and Vancouver, she worked in Victoria where within eleven years her excellent teaching skills propelled her to become the principal of the new South Park School. She was the first woman to hold an administrative position in a co-educational school in the city.Outside her work, Agnes became associate editor of the Educational Journal of Western Canada in 1902. In the journal she argued for liberal education rather than applied education designed to train students for jobs. Agnes believed that school should help children develop self-esteem, individuality, and responsibility. Also outside her work, Agnes supported women’s suffrage and pay equity movements, and belonged to the Women’s Christian Temperance Union, the Society for the Prevention of Cruelty to Animals, and the Children’s Aid Society.

Agnes’ strong ideals meant that she experienced some conflicts in her teaching career. In 1901 she was suspended for insubordination when she contravened a new policy that replaced written examinations with oral ones. Agnes was highly supported by community members and the issue was resolved in her favour. However, in 1905 she and her art teacher were accused of allowing their students to cheat on a high school entrance examination because they permitted the use of rulers in a freehand drawing exercise. Agnes was dismissed by the school board and a Royal Commission of Inquiry looked into the incident. Meanwhile, Agnes had enough public support that she ran in the 1906 election for school trustees and won more votes than any other candidate. Unfortunately, the Royal Commission found evidence against her and her teaching career was finished.

Agnes began to write to earn her living. She wrote for a newspaper in England, published a travelogue in 1910, and promoted immigration for the Canadian government.

In 1911 Agnes returned to Victoria where she was welcomed by the City Council and the local Political Equality League. Regrettably, on May 13, 1912 Agnes died.