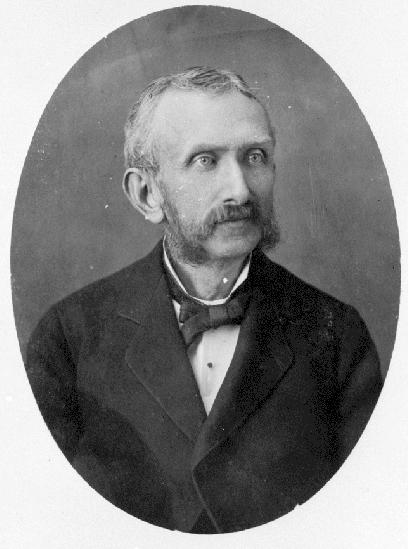 Henry was born in Bremen, Hanover, immigrated to Britain in 1853, and was naturalized as a British subject in 1862. (2) He came to Victoria following a dash to the Cariboo gold fields also in 1862 where he did not find the fortune he was hoping for. (3) Later in the year Henry opened the “Reading Room and Merchants Exchange” to fill a lack of reading materials Henry saw and where a membership cost two dollars per year for the latest newspapers, periodicals, and books. (4) In 1864 Henry established “Heisterman & Co.,” which was a real estate, insurance, and financial house that was popular for its honesty and reliability. (5) Henry was a Freemason and in 1869 he was the President of the German Glee Club. (6) In 1873, Henry married Laura Agnes Haynes, who was a school teacher from Maine with whom he had seven children. (7)

Henry Heisterman was a member of the Board of Managers for a long time and often was the Board’s Treasurer. (8) Additionally, Henry had the responsibility of one of the Trustees of St. Andrew’s property. (9) He did not seek elected office, and it has been presumed that this was in part because he supported British Columbia’s annexation to the United States than to join the Canadian Confederation. (10)