Journey to the Cradle 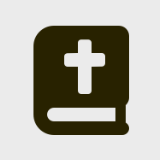 Glenn Hinson was a greatly respected professor of mine at seminary. I remember one chapel he led… now 50 years later. Dr Hinson said he had uncovered the key ‘hermeneutical’ principle for understanding all the Jesus’ difficult sayings. He called it: “reverse-ism”. That is, all Jesus teachings need to be understood by taking the opposite meaning. The key verse that would alert all his followers to the true intent of his teaching is in Matthew’s gospel (20:16): ‘The first shall be last and the last shall be first.” Now, of course, everyone knows; the first are first and the last are last.

By doing the opposite of he taught, the logical meaning of Jesus commandments becomes clearer: ‘if someone slaps your right cheek… let him slap your other one also? NO… you’re going to get yourself knocked out! And love your enemies? Its a well-known fact that you should hate your enemies, not love them!

As Dr. Hinson applied reverse-ism, the opposite-meaning, to all of Christ’s Sermon on the Mount, it sermon did make more ‘common’ sense! Yet, as he went through the sermon verse by verse, we began to understand the powerful point of Dr. Hinson’s meditation: The ways of the Kingdom of God are NOT the same- are opposite in fact- to the ‘common’-sense ways of the kingdoms of this world.

I start this way this morning because many of the teachings of Jesus in these many weeks leading up to Advent have been very difficult. David Tiede, a Lutheran scholar, says, “Tracing Jesus journey to Jerusalem through the long season of Pentecost has felt more like a Lenten ordeal… testing both Jesus and his followers, including us. Jesus’ disciples – sometimes awed, sometimes aghast at his teaching – trudged after him, heading for the temple, where we are in today’s scripture. This central section or ‘Travel narrative to Jerusalem’ could be called the ‘the gospel for the Duration’ – as when soldiers where once drafted into the army for the whole duration of a war. It’s been an ordeal to follow Jesus.

Let’s take a brief look back over our journey to Advent: Luke has Jesus in Samaria for 10 chapters. Judean Jews despised the Samaritans for lots of reasons. They were the hated population from central Palestine… with their own priests, temple, and Torah. The Samaritans were syncretistic mongrels, theologically and politically. That Luke has Jesus in Samaria is a sign to his followers, and those reading Luke 70 years later, that God is breaking out from national and religious prejudice. For Jewish believers, to say that this was a ‘hard teaching’ doesn’t even begin to describe it.

In the healing of the ten lepers, apparently 9 of the lepers were Jewish, one was a Samaritan. Obviously, the story is about the value of gratitude in God’s kingdom. Yet again, Jesus adds, “Were not ten made clean? Was none of them found to return to give praise to God except this foreigner… this Samaritan. Rise, your faith has made you well!” Again, the deeper point is that when the power of God meets the power of hatred and prejudice, the healing of God breaks out! This is so much so, that the healing of God to the world travelled specifically through Samaria.

On this journey, we’ve learned that Humility is the key to citizenship in the Kingdom of God. Pride, alone, is the only real barrier.

In the parable of the Pharisee and the tax collector, the prayer for mercy of the unworthy, despised, self-described sinner who humbled himself was acceptable to God. The prayers of the very earnest, devout, but self-righteous Pharisee were not. This was a hard thing to hear for devout Jews then, and even many fine Christians today.

Jesus also taught that the offering of the poor widow was a valued treasure to God because of its great cost to her. It meant much more than larger gifts that were offered out of the abundance of the wealthy. It’s a hard teaching. As we first world citizens today accumulate savings and pad our net worth… we realize that real sacrificial giving – like that of the widow- might humble us in a way we don’t wish to experience.

These difficult truths of the Kingdom of God revealed along our journey to Advent were first lived and learned amid physical hardship and political / religious persecution. And the journey for Jesus and his followers would get even harder in Jerusalem.

This most impactful and troubling of Jesus’ teachings is now directed toward this most Jewish of places – the temple – the place where God touched the earth and held it still and safe. The temple was stunningly beautiful… and huge – it is estimated that the outer court could hold 400,000 people.

Yet Judean Jews also knew the Temple was beautiful because Herod, that Roman stooge who styled himself as King of the Jews, had made it so (impoverishing them to build it). Herod – the cruel and vicious despot – whose brutality extended even to the slaughtering of his own family members.

Jesus words, therefore, about the leveling of the Temple – not one stone upon another – though unthinkable to Judean Jews …would also bring judgment upon Herod and the ruling Romans.

While Luke’s account of Jesus prophetic words regarding the destruction of the temple and the apocalyptic catastrophic events are a warning to believers what they will see and endure before God’s final triumph and deliverance. Yet they are ultimately words of Hope. Jesus assures believers that God triumphs over chaos, just as God did in creating the natural world!

As Luke writes his gospel, 70 years later, the destruction of Jerusalem has already occurred and the depopulation of Jews from the city is a reality! But new life – and a Spirit of Hope – among those believers in the resurrection is breaking out everywhere those first new Christians go. Luke’s readers knew, and we attest today, that history did not end with the destruction of the temple. It was a sign of the beginning of the age of the church!

The doors to salvation and the Kingdom of God are now thrown open to everyone. Repentance, humility, and grace are the means of being found! 99 out of 100 of the sheep in Jesus’ parable of the lost sheep… are found! It is one of the great misconceptions of modern Christianity that it is our job as Christians to convince others they are sinners. That isn’t how Jesus operated. He wooed the lost. He went into their towns, visited in their homes, and ate with them. And he stirred up faith in the hearts of seekers everywhere he went.

As Christ’s body in the world, we are not to understand the church as a fortress to protect us from the trials of life in the world. The church is an outpost, where the gospel is lived, a place where Christ meets the world through our lives each day. Our beautiful building is a place where we worship, give gratitude and praise to our Heavenly Father and from which we are sent out be the church in the world.

Janet Thorburn was a long-time member of St. Andrew’s. She was Nettie to her friends, and she was as impactful a Christian as I recall ever having met. I was the Regional Minister for our BC Synod when Geoff Jay introduced us in the late 80’s… and Nettie and I began a series of visits that changed a lot of things for me and for the Presbyterian churches in BC. Two topics of discussion were the agenda every time: 1) how grateful and blessed she was for the life she shared in with her church family at St. Andrew’s. And 2) how interested in and ultimately involved she was in the churches of BC, especially new churches, and ethic-based churches.

She prayed for, and corresponded with those churches, and she matched her commitment with a very substantial fund of money. Nettie was not at all wealthy… but nevertheless the fund was very large. Most of the Korean presbyterian churches in BC got their first funding from her. So did the Hummingbird Ministries – serving alongside our First Nations. The house church outreach of the Cariboo Ministries were recipients as well. Nettie was humble, lived modestly with her sister, and considered herself very unsaintly… but together with others in her St. Andrews family, she and they were an outpost of God’s blessing, impacting many all over BC for the sake of Christ.

There are others like Janet Thorburn here this morning. And there are many, too, in the other presbyterian churches in the city with whom we are partners. We have been given this time, and this place, by God. Let’s live with gratitude and hope… and expect the wonders for God to awaken in us this Advent season!

As we close this morning, listen to Paul’s extraordinary description of how he saw his own life – this from a man used by God more than anyone in history. The saying is sure and worthy of full acceptance, that Christ Jesus came into the world to save sinners – of whom I am the foremost. But for that very reason I received mercy, so that in me, as the foremost, Jesus Christ might display the utmost patience, making me an example to those who would come to believe in him for eternal life (Timothy 1:12-16) In the name of the Father, and the Son and the Holy Spirit!